It would not be difficult to pick the fully grown plant of White Widow Cannabis Seeds from a line up. The White Widow got its name from the beautiful white crystals that grow on the plants leaves and buds. A true sight to behold, the leaves look like they have been sprinkled with sugar icing. It is a Dutch strain that has become a favourite in the country’s coffee shops since the 1990s. The strain was renowned for its high resin production and powerful potency and is loved by cannabis users for its hybrid genetics that brings on an energetic high when smoked. Cultivators love it too as a strain that isn’t too difficult to grow as long as you have a little cannabis cultivation knowledge. White Widow is a true cannabis classic. 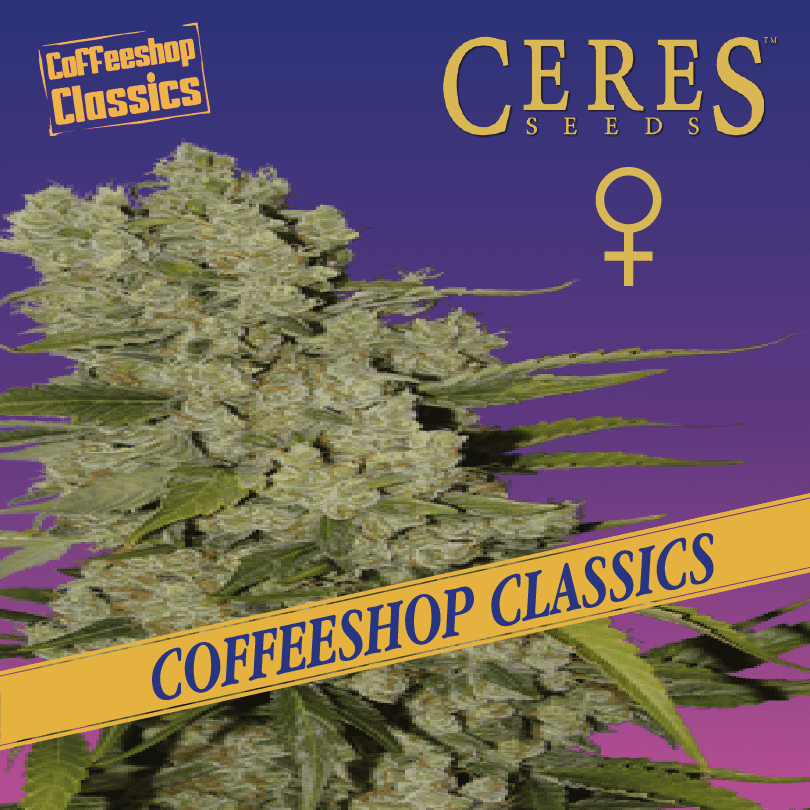 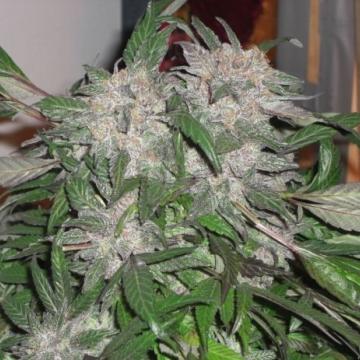 The White Widow would produce its first bud somewhere in the 1990s. This was thanks to cannabis breeder Scott Blakey better known in the cannabis world as Shantibaba. He grew the first plant while working at Greenhouse Seeds Company in the Netherlands. This famous strain was revered for its potency at the time with a THC content of 20%. This may seem like a pretty medium THC content by today’s standard but history looks back on White Widow as one of the very first high potency strains in the world.

The hype around White Widow has died down a little since its first appearance however this is a vintage cannabis strain that is worth experiencing. This award-winning plant has become a mainstay in the coffee shop scene of Amsterdam and is no wonder given its fast flowering time and uplifting effects.

White Widow can trace its genetics back to two landrace strains. While the exact parent plants are a little bit of a mystery, it is believed to be a cross between South Indian Indica with the Brazilian landrace sativa Manga Rosa. It is a nicely balanced strain with 60% indica and 40% sativa. The medium amounts of CBD are paired with a THC level of anywhere between 20-25%. This is definitely a potent plant, even by today’s standards many would argue. The earthy fruity flavour and smell of White Widow are due to its mix of terpenes myrcene, caryophyllene and pinene.

White Widow is considered by most growers to be relatively easy to grow, however in order to bring those sticky white trichome-covered leaves out, growers have to take care. This seed has a quick flowering time of only 8-9 weeks and can be grown both indoors and outdoors. Many growers do prefer to grow this one indoors as they can employ cannabis growing techniques such as Screen of Green to bring on better results come yield time. Speaking of yields, it falls into the moderate to low yield when compared to other plants but its potency makes up for that. Growers should be aware that while the plant is resistant to mould and pests it does struggle with climate. White Widow likes a mild growing temperature.

White Widow cannabis strain is well known to have a woody, earthy more natural flavour. Many smokers enjoy this natural flavour and often describe it as more fruity. Exotic fruits like kiwi and passion fruit will come to mind when smoking these flowers. The smell is also very earthy and fruits. There is a hempy spice odour that comes from this plant that is a real treat for the senses. This strain hits just right in the taste and smell department and never overpowers the room or taste buds.

Cannabis users hold White Widow in very high regard thanks to its effects. Many smokers love this strain as it blends indica relaxation with a cerebral sativa rush. It gives a unique high that leaves the user with a powerful burst of euphoria and energy. The most common effects that come from using this strain are to become more talkative, creative and energetic. All of these are to the backdrop of a mellow indica feel. Many people do enjoy this strain in the afternoon but due to its uplifting yet relaxing effects, it is perfect for both a daytime or nighttime smoke.

The White Widow strain was a real big shot in the cannabis scene back in its heyday. The strain won the 1995 Cannabis Cup only one year after its release and was generally recognised as the most popular strain in the world. It also shares its name with a pretty nasty looking, rare spider.

White Widow cannabis seeds were hugely popular as one of the first high potency cannabis strains to be sold commercially. This strain may not be as popular as when it first came out in 1990s Netherlands but is undoubtedly worth a try. Its effects are beautifully balanced thanks to its sought-after genetics. The plant has been responsible for many other legendary strains such as White Russian, White Rhino and Blue Widow. But there is nothing like the original. Get some White Widow cannabis seeds for your collection today!