There aren’t too many out there who don’t recognise the name, OG Kush. The strain is possibly one of the most famous strains of weed ever cultivated. Since the first OG Kush cannabis seeds were planted in Florida some 30 years ago, it would travel to California to become a favourite of both the cannabis and hip hop communities. This strain was a favourite in the 90s of rappers Snoop Dogg and B-Real from Cypress Hill. Today, Kush is a strain that is beloved by people using cannabis for its medicinal effects. O.G. Kush is a hybrid that leans a little more to the sativa side of the fence. Its earthy smell leaves smokers with the perfect mid-afternoon sativa high. 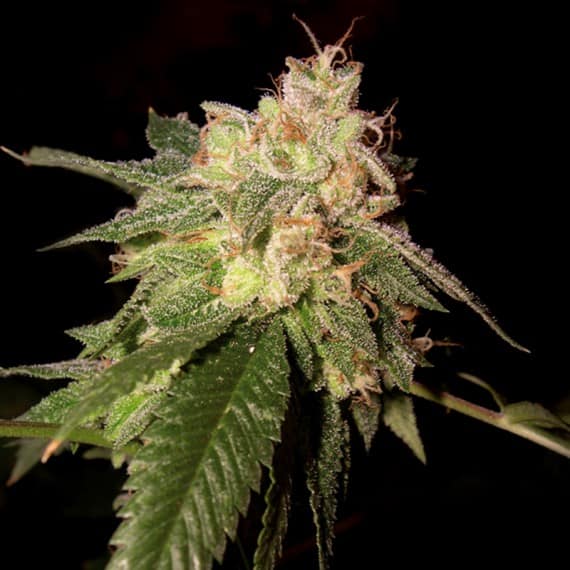 OG Kush is also referred to as Premium O.G. Kush or more simply just Kush. This strain was first cultivated in Florida. Matt Berger is the man who is credited with the original cultivation of OG Kush. However, it was Northern California’s cannabis connoisseur Josh Del Rosso that would unlock the plant’s true potential. Del Rosso perfected the plant by bringing it to the Californian climate and figuring out the best growing conditions. Once the strain hit the LA market it became a popular choice among the famous locals. The strain has been referenced in rap countless times.

While the genetic lineage of OG Kush is not 100% certain, researchers do believe it came about due to a mix of Chemdawg, Hindu Kush and Lemon Thai with an unknown Californian strain. The strain has gone on to spawn many other wildly popular strains such as Girl Scout Cookies and Bubba Kush.

OG Kush is made up of a close to even, 55% sativa and 45% indica. This paired with its medium THC content is what has made it such a perfect strain for medicinal use. The average THC content is somewhere in the region of 23%. This pungent strain is well known to have a woody, earthy flavour which it gets from its terpene line up of the likes of myrcene, limonene and caryophyllene.

Due to its notoriously sensitive nature, OG Kush is a harder cannabis strain to grow. The plant is very susceptible to changes in temperature and humidity. Pest or mould can easily ruin a good harvest when it comes to O.G. Kush. This is a strain that is best left to more advanced growers.

This well reputed cannabis plant can be grown with huge success both indoors and outdoors, but most growers have found it to have much better results and yields outdoors where the plant can grow its tall trees and explorative roots outside of restrictive pots. After the vegetative stage is complete, this world renowned cannabis plant has a speedy flowering time of just 7-9 weeks and gives a good to medium size yield. It is also recommended not to use normal soil to avoid pests and diseases. Non soil mediums, for example rockwool or clay pellets work much better when growing OG Kush indoors. Most growers invest in a hydroponic growing system such as a bubbler growing pot or DWC system if they choose to grow OG Kush indoors.

The smells and flavours of OG Kush are classic weed aromas and taste of earthy goodness. Like goldilocks and her porridge, this famous strain hits the palette just right. The mild flavour gives a woody flavour on the way in and there is a hint of citrus lemon on the exhale. The smell, while pungent, never overwhelms the senses and will bring fresh pine cones to mind once you get a whiff of this strain. Both from a flavour and taste perspective. OG Kush is very well balanced.

It is only right that the most famous strain of weed in the world would bring on a stereotypical stoner high. Smokers of OG Kush often report feeling chatty and hungry. The sociable high comes on very quickly, leaving you with an overall feeling of talkative happiness. All of this is to the background of an overall relaxed vibe. The munchies are always said to be intense on this one, yet another reason it is so popular in the medicinal cannabis community. This is a great strain to smoke in the afternoon on your own or with friends.

The name OG has been used for many other cannabis strains over the years. However, the origins of the term OG Kush have many different stories. Some thought OG stood for “Original Gangster” or “Ocean Grown”. Del Rosso claims he named it OG to stand for the original. This was to better differentiate his original O.G. Kush plant from other copies at the time.

OG Kush truly is an original of the cannabis game and for good reason. From its first sprout in Florida to its perfection in California, the strains’ fame has gone up and up. Growing OG Kush Cannabis Seeds is definitely for the more experienced cannabis cultivators among us. But the incredibly chunky dark green buds of victory are to die for. Given its pungent resinous buds, purported medicinal properties and its notoriety, O.G. Kush cannabis seeds are here to stay for many more years to come.