We stock a broad range of CBD hash, sticky hash, Jelly and cannabis resin products at our UK CBD shop. All of our products are manufactured by reputable companies and are third party laboratory tested to ensure they adhere to the legal requirements of the UK and EU. You can find a number of legal cannabis solids for sale made from the most popular weed strains such as OG Kush, Mango Kush, Girl Scout Cookies, Gorilla Glue, Afghan Kush, Purple Haze, Sour Diesel, Blue Cheese, Amnesia Haze and many other popular weed strains. 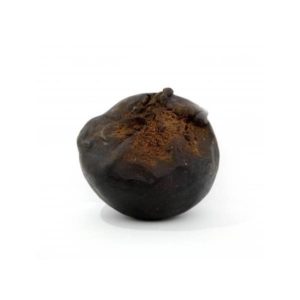 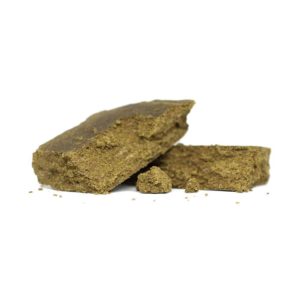 What is CBD Hash?

Regular cannabis resin will have a high level of THC, THC is the compound that gets you “stoned”. Hashish, on the other hand, is made from female hemp plants and has very little THC with high levels of Cannabidiol instead.

CBD Resin can either be solid, resinous or in some cases jelly-like. Pressed Cannabidiol Hashish is usually solid, whereas jelly Hashish that has been purified with water, sometimes called “bubble hash”, is a paste-like substance which has varying hardness and malleability. Stick Hashish can also vary in colour from light to dark brown, depending on how much plant material was leftover in the process.

The History of Hashish

Cannabis solids have been used for a long time, centuries in fact, and there is no solid evidence to when it first appeared. There is a long history and connection with North India, where it was a social tradition to produce hashish (locally known as charas). They believed the cannabis resin from the plant was burned in the booz rooz – a ceremony of Ancient Persia

Historians found the first mention of “hashish” embossed in a pamphlet from Cairo, 1123 CE, which accused Nizari Muslims of being “hashish eaters”. Hashish was consumed as cannabis edibles in the Muslim world and people didn’t start to smoke cannabis resin until after the introduction of tobacco in the 1500’s.

During the 16th and 17th centuries the spread of hashish can be associated with the highly increasing popularity of tobacco when users began to mix the two substances together. There was also a big improvement in manufacturing and sieving techniques which made the creation of resin and hash much more efficient than the traditional methods allowing for much bigger production to meet the increasing demand.

By the 1800’s, Hash had made an appearance in Europe. This is likely due to the exposure of hashish to Napoleon’s troops during his campaign in Egypt. Not long after this, doctors and botanists across Europe started to promote the benefits of medicinal marijuana to their patients.

By the 1840’s a number of reputable doctors had been experimenting with hash to treat a number of diseases – particularly related to psychiatric practices. Other factors followed suit and the amount of cannabis resin being shipped to Europe dramatically increased.

During the second half of the nineteenth century, hashish and cannabis in general continued to grow in popularity, with only a small number of doctors warning against it. Big pharmaceutical companies in Europe and the USA started ru to manufacture cannabis for medical use including cannabis extracts, cannabis oils and Cannabidiol Hash.

Currently, the majority of the world’s hashish comes from Morocco but it’s also manufactured on a large scale in Nepal, Afghanistan and India. Up until 2008, marijuana hash was the most popular form of cannabis used in Europe, now, similar to the United States, herbal cannabis is more popular amongst users.

How Is Jelly Hash Made?

Cannabis Solids are one of the oldest forms of extracts known to man. There are a number of techniques that can be used to make cannabis resin and these generally differ from country to country. The most popular process of creating solid is to use ice water. The trichomes react to the cold temperature of the ice water and separate from the plant matter. Once separated, the trichomes stock together and once they are dry they are pressed in to hashish.

Another popular method of making marijuana hash is using the dry sift method. The buds are frozen to help separate the trichomes from the plant and are sifted through a fine mesh screen. The trichomes are then pressed into hash using either heat or a compression method to form a block of Cannabidiol Solids.

Hand rolling hash is the process that is usually undertaken when whilst harvesting. This is still a popular method of making hash in some parts of India and the Middle East. This is particularly common when creating jelly hash or sticky hashish. Trichomes will stick to to the hands of the harvester which will form a black layer of sticky cannabis resin. Once there is a reasonable amount visible on the palms of the hand, the hands are rubbed together to form small spheres of hash. We have a number of jelly hashish spheres above.

Does CBD Hash Get You High?

Cannabidiol alone does not get you high. But it does provide a sense of relaxation, wellbeing and calm. You will no doubt notice a change of mood, just not as drastic as if you were to consume high THC cannabis resin. The feeling of Resin or Jelly is cerebral and the low THC cannabis allows you to enjoy the sensation of cannabis hash without being locked to the couch.

Is CBD Hash Legal in the UK?

As long as the solid is made from industrial hemp strains that are grown under license and has a THC content of under 0.2%, then yes, Cannabidiol Hash is perfectly legal in the UK. It is also worth noting that the Solid sold on this website, and all our other products are sold as collectors items only and are not sold to be consumed in anyway.

CBD Hash is currently being sold in many countries across the world and its popularity is hugely on the rise. A popular product is the Nepal Cream Hash, known for its malleability and delicious flavour. It has high Cannabidiol content of 22% and its THC content is under the recommended 0.2%.

To find out more about Cannabidiol Hashish, Jelly, Hemp Flowers, Cannabidiol Oil, extracts and how to choose the best legal cannabis hash, sign up for our newsletter below to stay up-to-date with all of the latest legal marijuana products available online.