If you want the best of the best cannabis seeds, you’ll want to check out these cannabis cup winners. BudChampion offers a range of strains that have been officially labelled superior by the cannabis community. As with any professional field that combines creativity and innovation, the cannabis market is a competitive environment. Every year, cannabis awards are dished out to the strains that have made an incredible impact on the community, either through their intense psychoactive effects or their fantastic medicinal benefits. At BudChampion, you’ll find a huge selection of strains that have won prestigious awards for their excellent quality. Quality is assured with every Cannabis Cup winning strain you purchase through BudChampion. 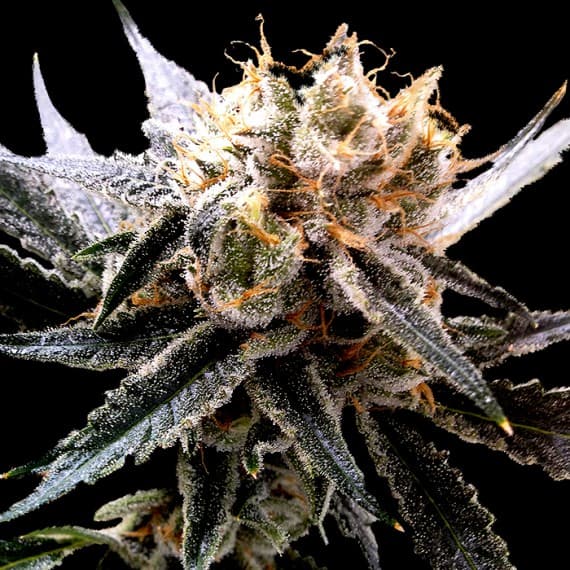 Quality is everything in the cannabis world. Quality is the difference between intense highs and mild highs. It’s the difference between effective pain relief and barely scratching the itch. It’s what gives us massive yields, enjoyable flavours and euphoric psychoactive effects. Whenever we buy seeds, we want excellence and superiority every single time, and we expect it with every seed. However, a lot of seeds and strains claim to be “the best”. The word gets thrown an awful lot in the cannabis market, usually employed as a marketing term to grab buyers’ attentions. When cannabis seeds and strains say they’re the best in the world, it’s very rarely true.

But there are exceptions. Of course, some seeds really are the best, but with so many products claiming to be the greatest of all, it’s difficult to unearth the genuinely superior seeds. Fortunately, the cream always rises to the top in the cannabis industry, and it’s mostly thanks to the yearly High Times Cannabis Cup Awards. Thanks to this prestigious event, cannabis lovers across the world can learn about what strains really are first class. But what exactly is the High Times Cannabis Cup Awards, and are they always correct in their assessments?

What Are Cannabis Cup Awards?

There are a number of cannabis awarding bodies out there, and chances are you’ve heard of some of them. While the most popular Cannabis Cups come from the prestigious High Times publication, there are many other lesser-known awarding bodies that serve to highlight new and traditional strains to the masses. Furthermore, most pro-cannabis countries have their own nationwide award ceremonies so you might not be familiar with ones outside of your locality. Regardless of what awarding body spotlights the winners on this page, you can rest assured they’re all of elite standard.

High Times is an incredibly popular magazine that’s synonymous with the cannabis industry, and it’s actually as much a part of popular culture as it the cannabis world. Check out any stoner film and chances are they’ll mention High Times are one point or another. And while High Times isn’t a seedbank, nor does it breed its own strains, it’s been unofficially designated as the authority on high quality cannabis. If you want to read about the best new strains available, or keep up to date with modern advancements in the marijuana scene, High Times will do exactly that.

Every year, High Times holds its annual awards. What originally began as the High Times writers choosing their personal favourites has since evolved into a genuine awards ceremony, featuring awards such as Best Strain, Best Indica Flowers, Best Sativa Flowers, Best Hybrid Flowers and the highly coveted Stoner of the Year. These winners are either decided by High Times or they’re voted on by the public. Sometimes traditional strains pick up the victory, although winners tend to be new and exciting strains that push the industry to new heights. What’s certain is that every winner is of unmatched quality, and any seed that wins a High Times award quickly goes on to become a worldwide success.

As well as High Times, there are several other prestigious awarding bodies you might have seen mentioned during your cannabis research. Some of these operate in Europe while others are based in North America. The most popular ones include:

While these are some of more well-known cups, there are a whole host of others situated in different states and countries around the world. Either way, it doesn’t matter which award the strains on this page have been awarded, they’ve achieved their status through the word of a cannabis authority or via public vote.

These strains always surge in popularity after they’ve received their awards, so this little incentive encourages growth and competition throughout the cannabis industry. So, while cannabis awards might seem like a little quirky on the surface, it’s these awards that help push breeders to become the best they can. This then translates to innovation, progression, and a more thriving marijuana market for everyone.

There’s been a lot of Cannabis Cup Winners of the years, some more than once. Since High Times and other cannabis awards have been prominent since the early 2000s, all seed types are fairly represented for the most part. Regular seeds have been around for centuries, while feminised and autoflower seeds were introduced in 1990 and 2005 respectively. Since it took autoflowers a while to gain popularity, they weren’t as present in the early cup awards but it didn’t take long before they were snagging awards on a yearly basis. Here’s a list of the best Cannabis Cup Winners broken down by seed type.

Despite regular cannabis seeds being the backbone of the cannabis industry, regular seeds don’t take home anywhere near as many Cannabis Cup victories as their feminised and autoflower counterparts. Convenience often plays a factor in the seed choices of users, and since regular seeds require much more work to cultivate than other seed types, this usually results in other seed types taken the crown.

However, regular seeds also offer incredible stability, massive yields and great aromas, something which professional cannabis judges certainly take into consideration. Considering that the bar is a little higher for regular seeds to take home the gold, you know for sure that the regular seeds that do win are the cream of the crop. Here are the best Cannabis Cup regular seed winners:

Feminised cannabis seeds were introduced to the masses in the 1990s, but by the time cannabis awards gained prominence, feminised seeds were already a cornerstone of cannabis culture. Now the most popular seed type of all, feminised seeds tend to pick up more cannabis awards than regular and autoflowers. They’re a massive hit with cannabis experts, professional breeders and cannabis amateurs due to their versatility and convenience, so it’s not surprising this seed type is draped in gold. Here’s a short list of the best Cannabis Cup feminised seed winners we’ve seen over the years:

Autoflowering cannabis seeds were introduced in 2004, and it took a few years before they became a solid component of cannabis culture. However, this hasn’t stopped autoflowers picking up regular cannabis award victories, particularly from awarding bodies based in the heart of the marijuana world, Amsterdam. It’s perhaps unsurprising, since autoflowers were created by a Dutch seedbank, so this seed type seems to be more popular in that area of the world. Autoflowers are the second most popular seed type after feminised, so they’ve naturally taken home an impressive number of victories over the years. Your best autoflower seed winners include:

Seeds and strains are judged on a wide range of criteria. Some stand out from the crowd due to their intense flavours, while some are praised for their genetic-preservation efforts. Award winning strains tend to be a combination of various remarkable factors rather than one standout characteristic, including quality, potency, yield, aroma, genetic properties and opportunities for cross breeding. Here’s what goes into making an award winning cannabis seed.

Quality can mean different things to different people, but cannabis lovers can always identify it whatever form it takes. Some people might consider quality to be high stability and yield while some base quality on the standard of the psychoactive or medicinal effects. The simple fact is that quality will always reveal itself in one form or another, and it’s a vital component in award winning seeds. These Cannabis Cup winners might cover the whole spectrum of flavours, aromas, appearances and effects, but quality is the one theme that runs through them all.

Potency refers to the psychoactive effects that are produced after consuming these cannabis champions. Naturally, this is the most important component for the majority of cannabis users since most people consume to experience recreational or medicinal highs. With this in mind, high potency-strains are always a good contender to take home the gold since they grab a lot of people’s attention right from the off. Decades have work have gone into engineering strains with increasing strengths and today, we’re seeing seeds that contain mind blowing levels of THC as high as 29%. For seeds that produce intense euphoria and relaxation, Cannabis Cup winners can offer them.

Yield is the amount of cannabis that a grower actually gets from a harvest, and for a lot of cannabis authorities, yield is the number one measure of success. Of course, people want maximum buds for their money, and yield comes as a result of excellent growing skills and environmental conditions. Any seed that produces high yield has been handled to perfection, from manipulated light cycles to receiving the ideal amount of nutrients right throughout the growing process. A lot of Cannabis Cup winners have been highlighted because of massive yields they produce, meaning buyers will certainly get their money’s worth.

Lemon, grape, skunk, earth, pine, dessert. Aroma is usually the first thing that hits you when you consume cannabis, so most people consider it a crucial part in what makes a winning strain. Not only is aroma a core component in terms of consumption, but aroma can be engineered through an individual plant’s terpenes. Breeders that have gone above and beyond to manipulate a plant’s scent display a high level of growing proficiency, which then translates into recognition for their efforts through Cannabis Cup awards. Not to mention that the musky unique, musky smell of cannabis often lingers, so the more pleasant it is the better.

BudChampion is a small team of cannabis lovers that want to share their passion for marijuana with the world. Through BudChampion’s selection of Cannabis Cup winning strains, you’re guaranteed to find nothing but supreme excellence regardless of your chosen product. Cannabis Cups have remained a staple of the cannabis industry for decades and their standards have remained consistently high throughout. Only the world’s best seeds are awarded a place on this page, and whether you want incredible highs or deep relaxation effects, you’ll find an endless choice available.

Our dedication to customer service ensures that you’ll always go home happy. We go the extra mile to ensure our customers get exactly what they want, and our inboxes and phone lines are always open for any issues you might have. BudChampion ships all award-winning seeds safely and discreetly to any location in the world, and we do it as fast as humanly possible. Regular, feminised, autoflower, Indica, Sativa, Hybrid and high-CBD seeds are all available through BudChampion’s vast selection of Cannabis Cup Winners, so check out our page and find the elite seed that works for you.